El Matador remains one of LA’s most popular beaches. Every weekend, it’s filled with not only beach goers, but people shooting videos and tik toks, as well as weddings and engagement photo shoots.

Now, you may think you have seen the sea cave at El Matador. The beach has lots of mini-cave formations that are usually filled with people taking selfies – and often lines for the shot. But did you know that there’s a sea cave that’s only accessible at low tide? This cave is actually quite large, but you can’t get there when the tide is high – which is much of the year. As it happens, the lowest tides are during the winter, and this is the best time to go. Here’s a few pics to see what you might find.

This first cave is actually smaller, the opening is probably less than 5.5 feet high. 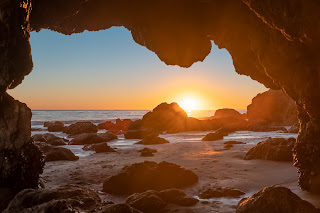 This is the larger cave. Just guessing, it’s at least 20 feet high. 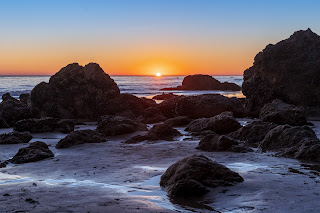 And just a thought, Malibu is always beautiful at sunset, and here’s a picture to plant that idea in your mind. 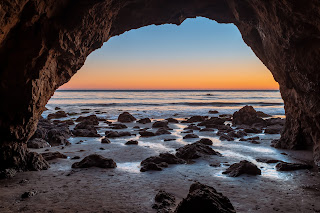 To see some of my other Los Angeles Beach Photos, click here.